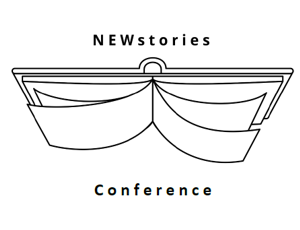 The 3rd NEWstories Conference - organised by PhD students from the Institute of English Studies at the Jagiellonian University in Kraków (Poland) - will be held online on 6 March 2021.

Literature adds to reality, it does not simply describe it. It enriches the necessary competencies that daily life requires and provides; and in this respect, it irrigates the deserts that our lives have already become.
C.S. Lewis

The 3rd NEWstories Conference - organised by PhD students from the Institute of English Studies at the Jagiellonian University in Kraków (Poland) - will be held online on 6 March 2021. The aim of the conference is to bring together both undergraduate and postgraduate literary scholars so that they can share their academic interests and the results of their research. The conference provides also an interdisciplinary platform for those interested in analysing works of literature in terms of politics, sociology, history, philosophy and psychology. Participants are invited to present papers on examples of and approaches to bridges between fiction and reality depicted in 20th- and 21st-century literature.

Having debated on crisis during the 1st NEWstories conference and on hope during the 2nd NEWstories conference, we would like to address the topic of confronting the gap between fiction and reality in 20th- and 21st-century literature. As stated in the quotation by C.S. Lewis, literature does not merely reflect reality but “enriches” it as well as bridges fictional worlds with reality. Hence, we would like to see what literature adds to reality in order to enrich it, what kind of bridges between reality and fiction can be constructed, and for what reasons. The scope of interest of our conference ranges from modern literature, which tends to, in Dominic Head’s words, “strike the desired balance between imagination and reality”, to postmodern fiction that queries, as Linda Hutcheon claims, “the relation of both history to reality and reality to language”. We welcome proposals examining interactions between the world known epistemologically and the worlds created in literature as well as presentations looking at creative articulations of real-life experiences and the process of translating experience into words. We are likewise interested in complications and difficulties on the way of communicating all the above as well as advantages stemming from the opportunity to bridge reality and imagination. In our current pandemic situation, it may also be beneficial to discuss the possibility of escaping from the problematic situation into the realms of creative writing.

We invite proposals for 20-minute presentations in English by PhD, MA and BA students. Original literary works analysed in the presentations could be written in any language. Please send abstracts (250-300 words) and brief biographical notes by 17 January 2021 to newstories.conference.uj@gmail.com

Possible topics include but are not limited to the following themes:

There is no conference fee. The conference will be held exclusively online on Microsoft Teams. Technical details will be sent to the participants before the event.